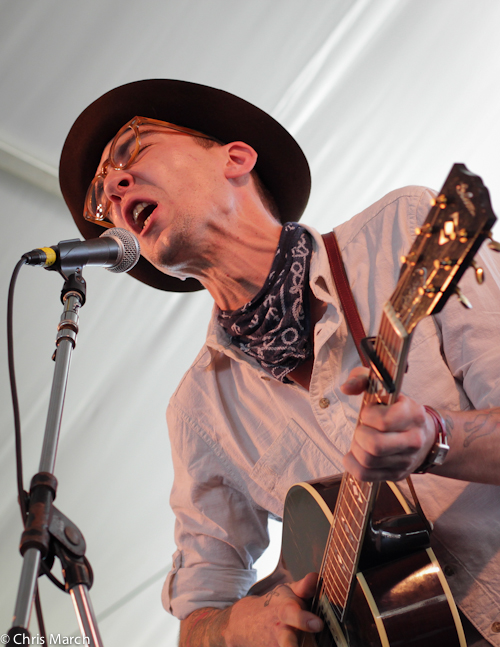 Justin Townes Earle - Wanderin'
Just 10 minutes before Justin Townes Earle was to take the Quad Stage, I stood less than a dozen feet away from the singer, our backs turned to one-another in the Newport Folk Artist & Media tent... I hashed out our plans for the next few sets with a pair of photographers. Unaware of his presence, I loudly proclaimed, "I am not going to miss much of this Justin Townes Earle set. Really looking forward to it." As if on cue, I turned as Earle craned his neck in my direction. It was one of those days. With a nod we both headed in our separate directions - him the stage and me beside it. 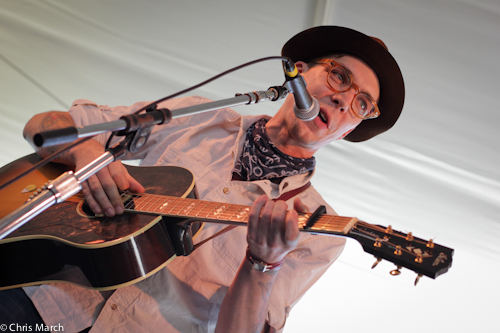 What unfolded during Justin Town Earle's set at Newport proved two things: He is perhaps at the very top of the heap of contemporary Country Folk singers. The names of quality performers capable of matching his quiet ferocity or intelligent, human lyrics - can be counted on one hand. The flawed characters inhabiting his songs are easy to feel for and the observations here are exceedingly human. (They fall in love, they find their limitations, they break the hearts of those they care about the most...) The next observation from this set, naturally, was that I am a much bigger Justin Townes Earle fan than I had perceived myself to be. 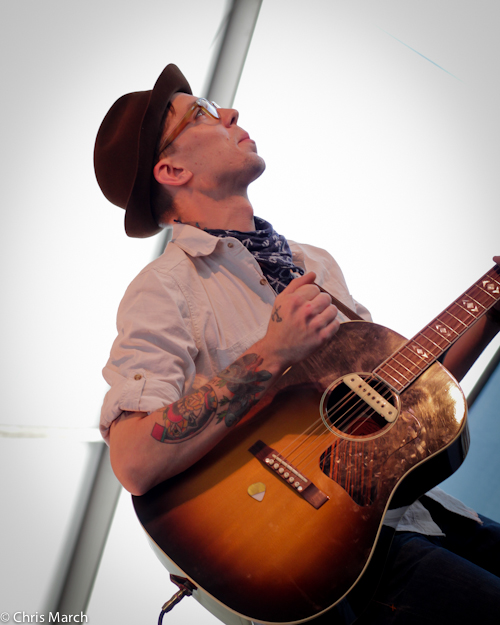 "The first woman who ever hit me was my Mama, but she wasn't the last...
But I will tell you - she was the one who hit me the hardest."
JTE at Newport 2011