The Greatest Day One Ever at Newport Folk! 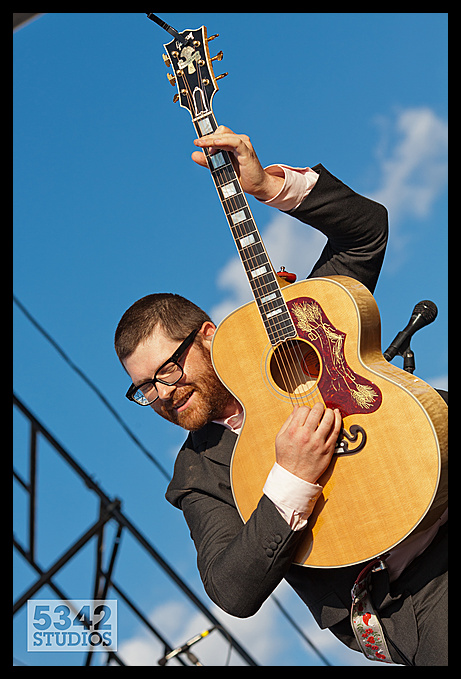 NEWPORT FOLK / JULY 30th, 2011 - In the early hours before the sun rises, I toss & turn like a kid on a Christmas morning... Which is completely understandable, I reason. Two of my favorite acts and a number of the ones I "need" to see in this lifetime are just miles away, likely going through their own pre-show rituals. It's Newport Folk and I soon find myself in a scorcher of a late July day in picturesque setting (make no mistake this is the greatest live music venue on the east coast - never mind it's an old battlement made of stone!) And we soon make our way to the scene... Fort Adams and what unfolds could very well be the best Day One the legendary folk festival has seen in 52 years... Magic! 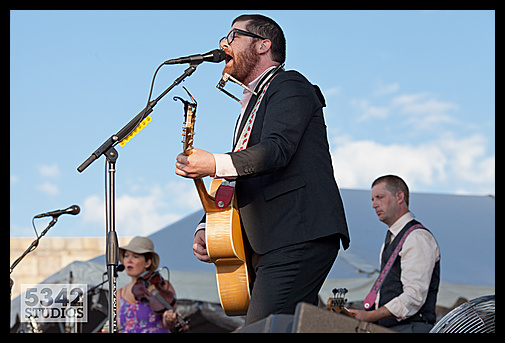 The Decemberists - Down By The Water
THERE ARE HUNDREDS OF STORIES FROM NEWPORT, THIS IS ONE... "Look at all those yachts out there in the water," Colin Meloy said during between breaks in the Decemberists set. Inspired by all those boats, he threatened to sing only Christopher Cross covers for the remainder of the set. Instead, they opted to play,"Down By the Water" from the King is Dead album. And it sounded perfect. 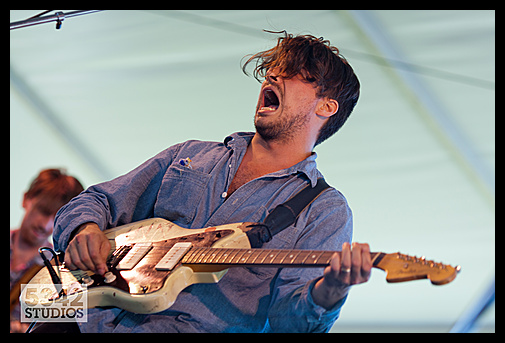 My favorite American band - it sounds a bit cliche for a music writer to write with those terms, but I will & they are. Delta Spirit provided what sounded to these ears to be the best set of the day... Thunderous, explosive and also fragile, emotional and raw... Led by Matt Vasquez, this group - who are now a quartet, stomped all over the Quad Stage and proved to be one of the most popular sets amongst The Folk who were intermittently jumping up and down & swaying from side-to-side as dictated by song. I have followed this band closely since 2007 and they never sounded better.
NEWPORT FOLK FESTIVAL - JULY 30, 2011

Standouts from this Photo Album (More albums, more artist profile coming!) Sallie Ford and the Sound Outside - for a brief time the Quad stage lost its sound. And none of that seemed to impact this act in the slightest. A real highlight of the Festival in 2011 was Sallie's cover of "Jolene" which was met by a standing ovation from an appreciative folk audience. River City Extension - Wow. All I can say to that. Probably my favorite new band after that set. I can't imagine that it will long until this band of upstarts makes their way back around this way. Holy underground Batman! Gillian Welch - Such a sweetheart and such a beautiful voice. I love it when the more experienced musicians at Folk step up and do their thing. Welch did and put herself at the front of the class this year. Typhoon - the big Portland band that toured with the Decemberists and is doing a pretty bang-up job of winning over audiences these days. Their full orchestral sound and journeyman work ethic is winning over minds. I understand you can watch them on National television on Friday night (Late Night with David Letterman). Newport Folk is definitely in-tune these days. It's a beautiful thing. 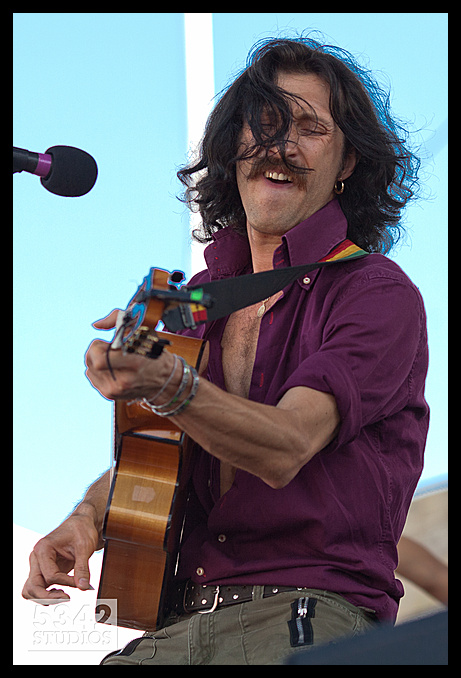 Gogol Bordello - Pala Tute
The largest draw from Day One went to gypsy punk band Gogol Bordello. The band tuned down their set, but those teeth flashed from time to time in the midst of a fury of song & dance. Led by the ultra-charismatic Eugene Hütz, Gogol Bordello played acoustic, less punk-driven versions of their Balkan gypsy stomp to a sea of eager dance partners. The number of bobbing, bouncing heads in the sea of thousands in front of Fort Adams told the tale... It still wasn't enough for the singer who looked out onto the crowds and urged more merrymaking... "This isn't a party until the furniture is broken!" And within moments the dancing had extended all the way to the water. There were people spinning everywhere. One of the biggest sets ever at Newport. A huge, smiling success.