New Music this Week!
Someone You Should Know 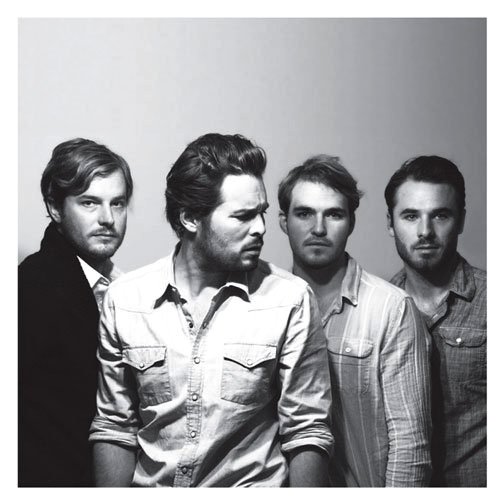 DATELINE: FOLSOM, CA - It's been more than two years since I've written about Northern California indie rockers Brown Shoe but with a new album and a debut single offered (read on good visitors...) makes this a great time to visit with old friends. The band have changed drummers since last we met and have since added another family member and by my count that puts four brothers [Bryson Baggaley (bass), Ryan Baggaley (lead vocals, guitar), Aaron Baggaley (guitar, keys), Landon Baggaley (drums] and one longtime friend; Chandler Clemons (keys, guitar) in the band.

I fell for the band's big, sweeping sound on their third album, Jackalope (2008), a record had Brown Shoe charting on CMJ, accumulating TV placements, and traversing North America with over 100 dates. Ryan Baggaley's big time vocals are back with their brand new album, The Gift Horse - out this fall. It's a record that seems destined to take the band to even bigger heights. To be released this Fall, the album is filled with a new sense of depth and gravity, possibly resulting from a lengthy recording process that was impeded / made serious by Aaron's extended hospital stay due to a rare blood infection. The Gift Horse is Brown Shoe's most cohesive album to date. The new single Colt Rider.