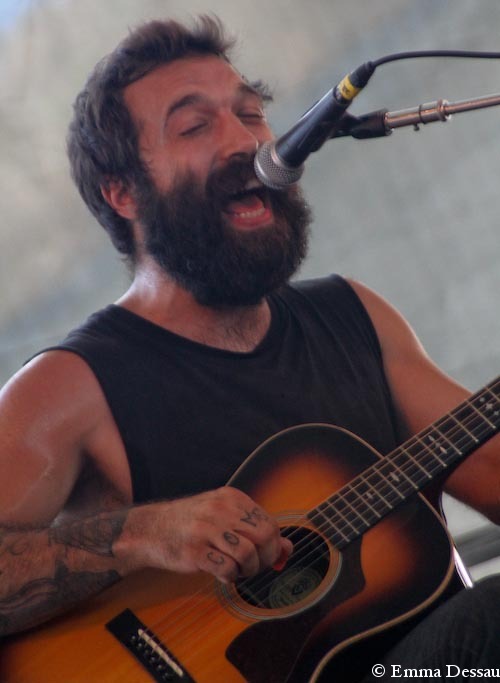 Swain’s brother Spencer came up to join them for the instrumental “Shiloh,” adding stark, eerie violin lines that at times resembled bird cries, to a richly layered musical odyssey that sounded like it was coming from a large ensemble and not just three people. Their hour-long set covered a wide musical range and makes one anxious to hear their new album in its entirety. In the spirit of Newport Folk Festival and to honor those before them, they closed with an exuberant, rollicking rendition of Johnny Cash’s “I’m Going to Jackson,” which was of course a huge audience favorite and had everyone cheering. - JULIE STOLLER


DID YOU SEE THE BROWN BIRD SET?? - One of the big, big winners of Newport Folk 52. Everywhere I went, practically everyone I was talking to mentioned this set. By lyric and now by reputation - this may have been the first new step for Brown Bird's promising tomorrow. Check out the NPR set download, you will not regret it. - RYAN SPAULDING

Billsville House Concerts said…
Brown Bird played a house concert for us in July in Western MA. I can say without a doubt that the crowd new we were seeing something special and real. These guys are fantastic - unique and earthly. Well worth a trip to a show.
16.8.11