ONE TO WATCH 2011:
Review by Julie Stoller

DATELINE: BROOKLYN, NY - Those of you old enough to have your club gear from the 80s at the back of your closet… go dig it out and have a listen to The Qualia. I had an immediate flashback with the opening sounds of “Guess I Lied”, with its drumbeats, synths, and icy echo vocals. New Order, Bowie and Eno are mentioned as influences, but I also had songs like Falco’s “Der Kommissar” fly into my mind. Yes, it’s nostalgic electro-pop, and not at all unwelcome.

Vocalist/songwriter Lars Casteen explains his inspiration as a rebellion against an upbringing in Charlottesville, Virgina, around the time of roots rockers like the Dave Matthews Band.

A personal favorite is the vaguely Bowiesque “Word Gets Around”, about a struggling author and his, um, transgressions...


“Loneliness is a small price to pay
He calls an escort service twice a day
Each time takes half an hour
Afterwards a scalding shower
He hardly has energy to pray.

Typewriter set up in the den
Working on manuscripts ‘til 10
He keeps a bottle handy
Half a page for half a brandy
Until he passes out again.” 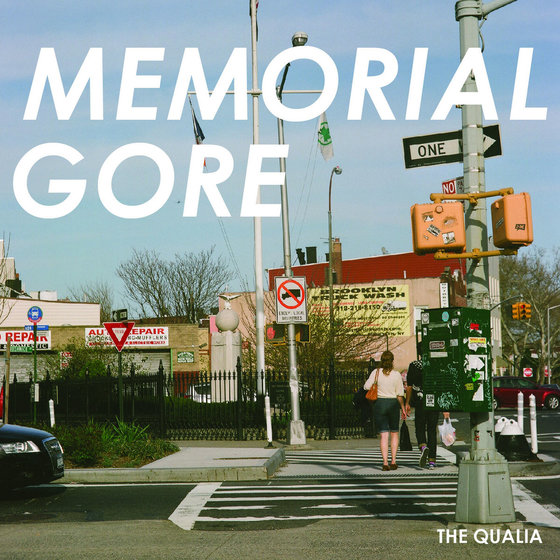 The mood abruptly shifts to a country ballad for “Fat On The Baby,” which speaks of a childhood tragedy of Republican strategist Lee Atwater (true story). It seems like odd fodder for song inspiration, but Casteen describes the album’s theme as “fantasies that people create to keep them going, and how those fantasies fall apart.” In such context, it seems quite natural.

It’s back to the dance club for “Volcanoe (The Diogenes Club remix)”, with a heavy dose of New Order; punchy new wave rhythm and expansive, dreamily floating vocals. I’ll take this guilty pleasure, and I’m not at all embarrassed to admit this sort of stuff still sounds really good. The Qualia are One to Watch.