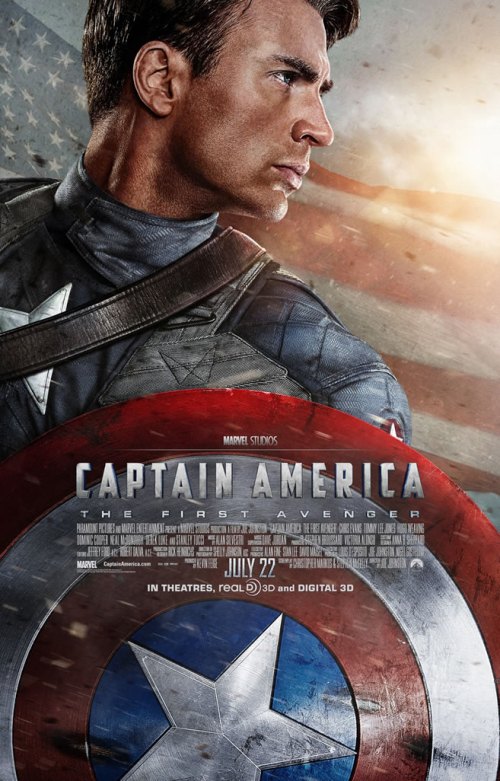 In the midst of World War II, scrawny Steve Rogers (Chris Evans) wants nothing more than to enlist in the army and defend America, like every other red-blooded American male. The only problem is he’s a scrawny asthmatic who is rejected by the government, not once, not twice, but five times. While out celebrating with his buddy, Bucky, who was set to be shipped off to Europe to join the war, Rogers tries one more time to enlist, only to be recruited by Dr. Abraham Erskine (Stanley Tucci) to join a top-secret experiment. After proving his heart and intellect to gruff Colonel Chester Phillips (Tommy Lee Jones), Rogers is selected to be the first genetically manipulated solider. The experiment is a success, transforming the proverbial “90-lbs weakling” into an extraordinary physical specimen. However, a Nazi spy, sent to retrieve Erskine’s serum, kills the doctor and any chance of repeating the results.

Rogers chases down the perpetrator and becomes a national hero. He’s the recruited by a senator to dress up as “Captain America” and tour the country in a song-and-dance number in order to raise funds for the war effort. The hometown crowds adore his spiel, but when he’s sent to Italy to visit the troops, he’s mocked and derided for the campy act.

Meanwhile, in Europe, the Nazis are doing some scientific experimentation as well through their secret HYDRA organization, headed by the evil and power-hungry Johann Schmidt (Hugo Weaving). Schmidt has found an ancient “mythical” power source and he’s harnessed it to create weapons that could decimate the Earth. 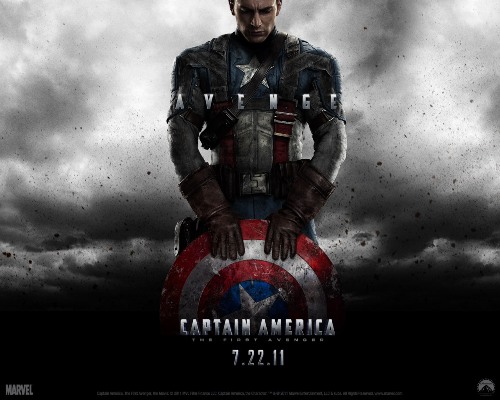 When Rogers learns that HYDRA has killed or captured the battalion his best friend Bucky was assigned to, he storms the enemy stronghold, with the assistance of the lovely, but tough Agent Peggy Carter (Hayley Atwell) and the father of the future Iron Man, Howard Stark (Dominic Cooper). Once inside, he finds Bucky and sets the POWs free, and then finds Schmidt to confront him. Schmidt tells Rogers that he too was one of Dr. Erskine’s experiments, but the results weren’t quite the same. He pulls away a mask to reveal himself as Red Skull. The madman then sets the stronghold to self-destruct as he escapes from Captain America.

After Rogers and the rescued soldiers return to camp, they form an elite team that tracks HYDRA’s movements, and destroy their forces, until a final showdown in Red Skull’s fortress in the Alps. The underlying theme of the movie is played out well in the final scenes, never give up and always be willing to sacrifice for the greater good. That’s what makes Rogers the true hero.
Captain America is not only the First Avenger, it’s also the first really good comic book movie since THE DARK KNIGHT and IRON MAN. The script was solid and the acting superb. Evans was convincing and Tommy Lee Jones added a good helping of humor. The rest supporting cast all gave strong performances as well.

There were CGI effects, but unlike other notable comic book interpretations, I didn’t feel like I was watching a cartoon with a little live-action thrown in. I had high expectations going into this film, and I wasn’t disappointed.

Anonymous said…
You may want to put up the fact that this basically a spoiler for the whole film
26.7.11

Cam said…
This isn't really a spoiler. It's a basic synopsis of the film. There are lots of key plot points that are not included in the this and he doesn't say anything about the end. Everything he lists about the movie I knew just from watching different trailers.
28.4.12