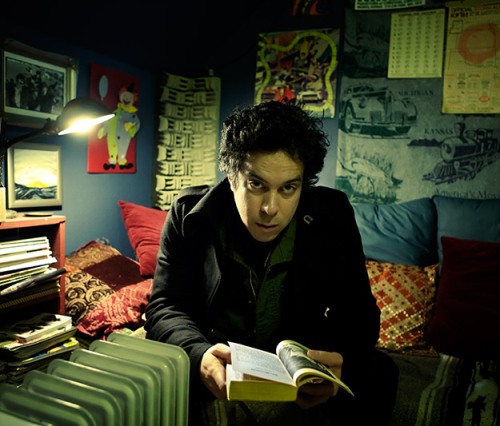 M.Ward - Epistemology
from "Hold Time" (2009)
ARTIST BACKGROUND - Matthew Stephen Ward - you probably know him better as M. Ward offers up softly-spoken vocals over introspective lyrics - he was born to play at Newport. And, Ward's accomplished acoustic guitar finger-picking should be a perfect soul-comforting wind-down to the days festivities.

Immersed in the wildly fertile Portland, Oregon folk music scene, M. Ward's music visits country, blues, pop and folk traditions, adding a unique flavoring to make it his own. He's inspired by classic artists of the past, which has manifested in some masterful cover versions (Buddy Holly's "Rave On," Don Gibson's "Oh Lonesome Me," David Bowie's "Let's Dance").

In the last decade Ward has performed with Yim Yames (My Morning Jacket), Conor Oberst and Mike Magis (Bright Eyes) in Monsters of Folk; with actress Zooey Deschanel in the 60s-infused indie folk collaboration She & Him; made guest appearances on recordings by Jenny Lewis, Neko Case, Cat Power, and Gillian Welch; and last year, contributed to the debut album from Tired Pony, an indie "supergroup" featuring members of Snow Patrol, Belle & Sebastian and R.E.M.

Better still, it's been announced that Dawes will be playing with M. Ward this evening. This should be absolutely amazing, and something you won't want to miss. - Julie Stoller