Thoughts on Film
Movie Review
by Chris Fullerton
In an era where the summer movie landscape is littered with comic book rehashes and poorly executed sequels, I was intrigued by the offering of SUPER 8 by writer/director J.J. Abrams. When I first saw the trailer to the film, it struck me as a throwback, an old school, popcorn-chomping “monster” movie, and I was curious if Abrams could pull it off. 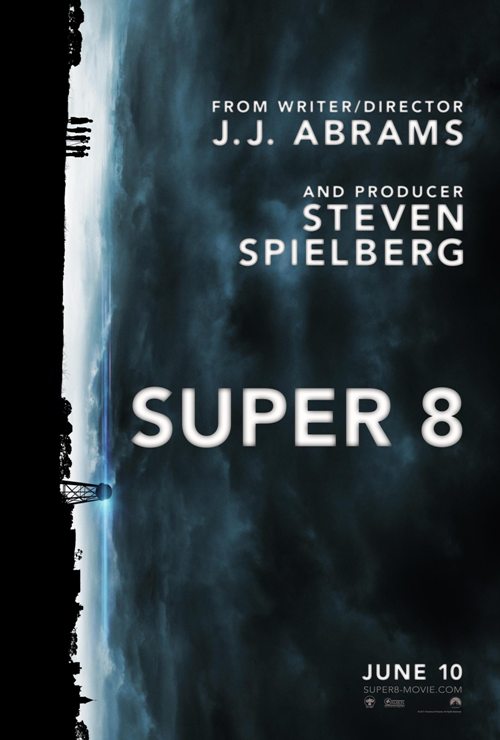 Set in the late 70s in small town Ohio, SUPER 8 tells the story of Joe Lamb (newcomer Joel Courtney) during the summer after he lost his mother to an accident at the local steel mill. Joe is left in the care of his father, Deputy Jackson Lamb (Kyle Chandler) who doesn’t relate to his son or the boy’s group of film-making friends. 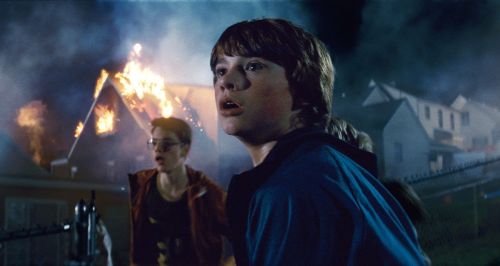 The impetus of the story takes place late one night when Joe sneaks out with Charles, Cary, Martin, and Preston to film a scene for the zombie movie Charles hopes to enter into a local film festival. Added into the mix is Alice (Elle Fanning) who quickly awes the adolescent boys with her acting chops. During the filming, Joe witnesses a truck driving on the railroad tracks toward an oncoming train, there’s a collision and all hell breaks loose, leaving the traumatized children to unravel the mystery of the train, the presence of the military and the disappearance of many of the townspeople, as well as some odd items which turn up missing.

Add into the mix Deputy Lamb’s struggle to calm the panicking citizens while trying to squeeze information out of the defiantly obtuse Air Force commander Nelec (Noah Emmerich), as well as the underlying tension between Lamb and Alice’s father, Louis, (Ron Eldard) and there is never a lull in the action.

Let me be clear, Abrams isn’t reinventing the wheel here, and he doesn’t need to in order for this film to be successful. In genre movies, there are certain conventions and the trick is in executing them properly. SUPER 8 has many of them, from a government conspiracy to a family torn apart by tragedy and brought back together through the shared trauma of the “event”. I won’t spoil any of the suspense by going into much more detail. In fact, I avoided reading anything about the movie before seeing it.
The most important rule in making monster movies is this: don’t show the monster until you absolutely have to do so. The most important rule in watching monster movies: Don’t find out what the monster is before you’re shown on the screen. Abrams does his part and succeeds in creating suspense as the story unfolds. Do your part and don’t spoil it. 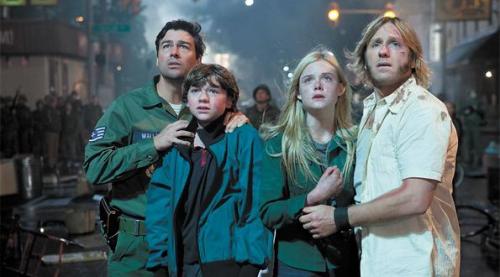 What sets this movie apart is the heart of the characters. They’re fleshed out and acted competently by a mostly inexperienced cast. As I watched the movie, I was reminded of two 80s classics THE GOONIES and E.T., though this movie is a bit more suspenseful, it carries on in that Spielberg-influenced tradition of juvenile-propelled adventures.
Not to be too cheesy, but SUPER 8 is super great. Get your popcorn ready.
Super 8
Official / IMDB / Rotten Tomatoes